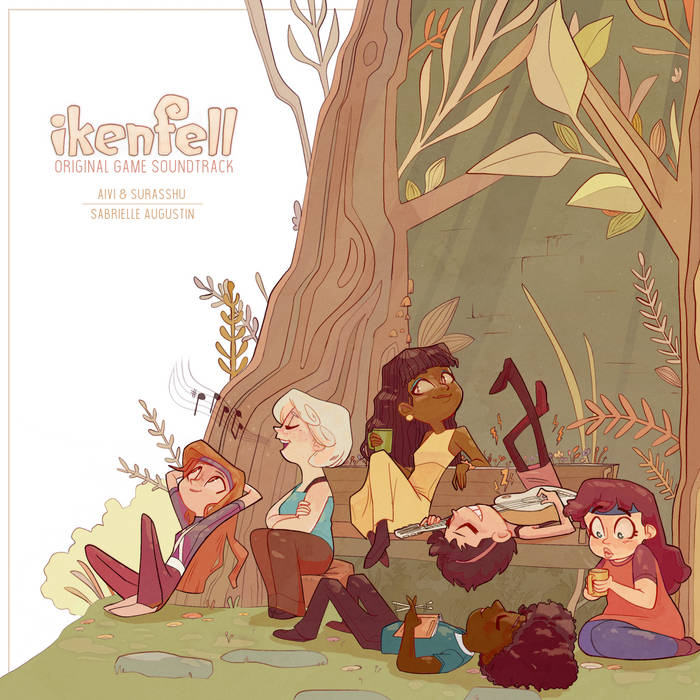 Laura Nadine My student loves this game and wanted to learn this on piano. Im transcribing it for her now! Favorite track: Demon Tears - Final Battle, Pt. 1.

Willis Reifsnyder A beautiful blend of familiar and unfamiliar. Every song feels interwoven with each other, broadcasting a message of hope. Favorite track: Yearn to Bloom - Aeldra's Theme.

danpelgar I really like the whole sound of this album. Looking forward to something like this in the future! Favorite track: Yearn to Bloom - Aeldra's Theme.
more...

Ikenfell is the first game soundtrack by aivi & surasshu, the composers for Steven Universe. Composed in "digital fusion" style, the soundtrack blends chiptune and piano, with performances by friends and collaborators including vocals by Sammus, Adriana Figueroa, Renko, and Rekcahdam. Ikenfell is a turn-based tactical RPG about a group of students at magic school making friends and uncovering secrets. Channeling their experience composing for cartoons, aivi & surasshu scored the game in a similar way, writing themes that bring out the moving story and relatable characters. The resulting music is heartfelt, vibrant, characterful, and sometimes a little spooky!

"Ikenfell (Original Game Soundtrack)" was made possible by the following individuals:

Mastered by Piper Payne at Infrasonic Mastering in Nashville.

For complete credits and information about this release, please visit Materia Collective: www.materiacollective.com/music/ikenfell-original-game-soundtrack

thank you for listening!

Bandcamp Daily  your guide to the world of Bandcamp

Featuring interviews with the mighty Hiatus Kaiyote and genre-busting L'Rain.